10 Most Read Stories
Of Dreams and Madness by BkWurm1 [teen]

Winner of the 2012 Smallville Fandom Creativity Award for Best AU!!  :)

If Clark Kent was dead, just who was running around Metropolis? Influenced by dreams that call her to the Fortress, Chloe faces a choice of believing in the man or believing in her heart. Chloe must then figure out the key to stopping Zod and the key to all of her dreams coming true.*** Another Chlarky Season 9 fix that fixes everything!

Clark wakes up in Fever perfectly healthy after Chloe's visit and equally confused. He confronts her about it and begins to realize Chloe has a secret almost as big as his own. He sets out on the trail to find out what Chloe's hiding and finds, instead, he may have a partner in saving Smallville after all...

[Reviews - 16]
After Chloe Sullivan's forced imprisonment in his home two years ago, Clark Kent came to realize that love and friendship are two sides of the same coin. Two years have passed and he and Chloe are committed to each other and he is content in his relationship and his livelihood, working his family farm the way generations of Kents have with heart and pride, while maybe only slightly worried about the constant little voice in the back of his mind whispering about destiny and such. But just as he begins to face the fact that he can't put off the future forever, a chance unfortunate encounter with a jealous girl strips him of his powers for three months. With Murphy's Law in full effect, he then breaks his lower leg.  Suddenly placed in the role of convalescent, and shaken out of his comfort zone, Clark has to learn to adjust to the transition of not just his injury, but his future with Chloe, his farm, and most of all, his bigger destiny and the obligation he feels to both his birth and adopted father, all against the backdrop of the season of change, a springtime he will never forget.
Categories: ; Characters: Bart Allen [Impulse], Chloe Sullivan, Clark Kent, Gabe Sullivan, Jor-El, Lois Lane, Martha Kent, Oliver Queen [Green Arrow], Shelby, Victor Stone [Cyborg]; Type: Fiction
Other Pairings: Lois/Oliver
Genre: angst, friendship, hurt/comfort, romance
Incarnation: Chloe/Clark
Timeline: season 7
Warnings: None
Chapters: 19 Table of Contents Series: None
Word count: 59968; Read Count: 86123; Completed: Yes
Updated: 08/09/2010; Published: 08/09/2010
[Report This]
House Arrest by marikology [teen] Chlark: as they were, are and ever should be. 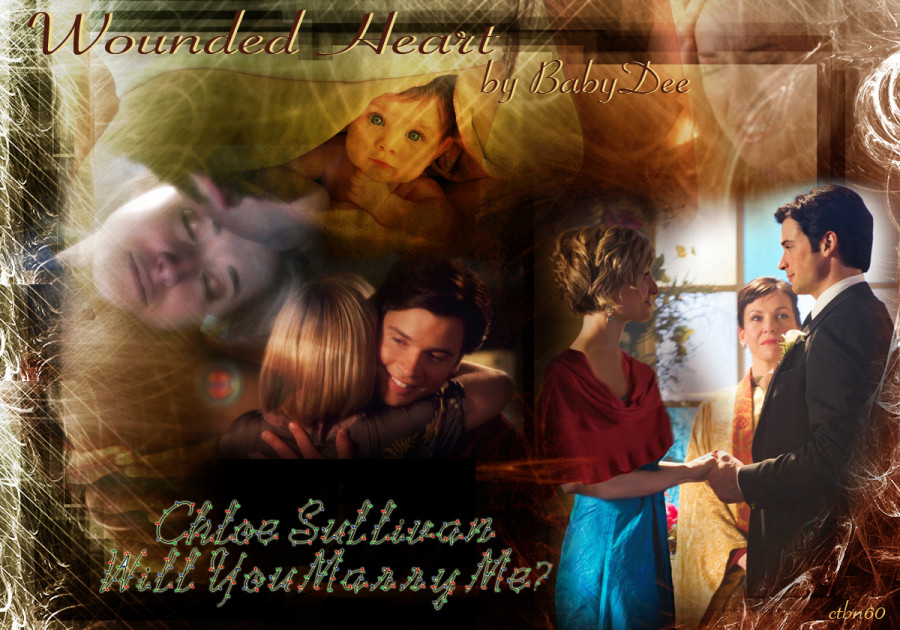 Chloe confronts Clark after she finds out that he erased her memory.  What happens next is something neither of them could have imagined.

Brilliant banner and accompanying artwork by ctbn60, used with profound thanks.

What if Clark Kent wasn't raised by the Kents? The whloe world is turn upside down, a completely different world.